What is a “Chiropractic Adjustment”? 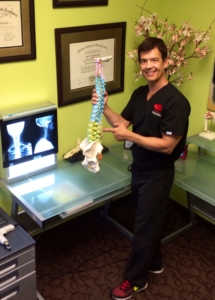 The objective of this chiropractic treatment is to reduce the subluxation**, with the goals of increasing range of motion, reducing nerve irritability and improving function.

**The term “subluxation” is used by doctors of chiropractic to depict the altered position of the vertebra and subsequent functional loss, which determines the location for the spinal manipulation. Chiropractors have described the term to include a complex of functions (i.e., the subluxation complex) as “… an alteration of the biomechanical and physiological dynamics of contiguous structures which can cause neural disturbances.”