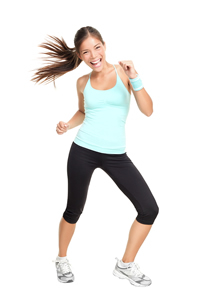 It may sound funny to say that chiropractic, actually makes you happier, but that is what the research shows. Chiropractic has been shown to improve hormone balance. Decreasing the bad hormones like cortisol and increasing the good hormones, such as dopamine and norepinephrine makes a big difference in how the brain and body works and how a person feels.
This is why those suffering with anxiety and depression frequently have dramatic results with chiropractic care.

With 40 million Americans experiencing a chronic sleeping disorder and 62% of American adults experiencing problems sleeping a few nights a week, Americans desperately need to sleep better.
Chiropractic has been shown to improve sleep, both in children and adults.

In my experience, when someone is under chiropractic care for a while they begin to notice some of the positive side benefits of chiropractic, including more energy and less fatigue.
If you do a Google search to see all the chiropractic patients who have provided testimonials indicating that they have more energy now you will be overwhelmed.

Chiropractic care has also been shown to be more cost-effective than the medical approach of drugs or surgery. For example, The Manga Report, a 1993 Canadian government study was quoted as saying:
“There would be highly significant cost savings if more management of low-back pain was transferred from physicians to chiropractors… Users of chiropractic care have substantially lower health care costs, especially inpatient costs, than those who use medical care only.”

Each year, about 4.5 million Americans visit their doctor’s office or the emergency room because of adverse prescription drug side effects. Chiropractic care is a drugless approach to health that has been shown to reduce pharmaceutical costs by 51.8%.
The Journal of Manipulative and Physiological Therapeutics reported that chiropractic patients under care results in a 43 percent fewer hospital admissions, then those under medical care.

When the spine is misaligned due to accidents and injuries, pain frequently develops. Research tells us that Chiropractic adjustments are effective for helping people with pain.
If you have never been to a chiropractor before, why not take the first step to a healthier you.
By Dr. Bill Davis