The Most Common Fall Allergies

The Most Common Fall Allergies 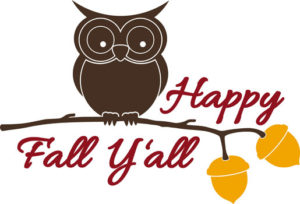 “Inhalant allergens are substances that can trigger allergy symptoms when inhaled by sensitive people,” explains Bruce Gordon, MD, an ear, nose, and throat allergy specialist at Cape Cod Hospital in Hyannis, Mass., and an instructor at Harvard University in Cambridge, Mass.
“Inhalant allergens are divided into two types on the basis of their persistence: perennial and seasonal,” Dr. Gordon says. “Perennial allergens are present throughout the year, with little variation. Seasonal allergens have distinct periods of time in which they are present in the environment in large quantities.”

Gordon says that plants typically pollinate in three seasons: “These seasons vary in length as a function of the growing season. In the spring, trees pollinate. In the summer months, especially in early summer, grasses pollinate. Finally, in late summer and into fall, weeds pollinate.”

One of the main contributors to fall allergies is the ragweed plant. A single plant can produce one billion pollen grains per season. Ragweed grows abundantly throughout the South, North, and Midwest, and its lightweight pollen grains can travel up to 400 miles in the wind.
“Ragweed pollen has a very distinct season from late summer to mid-fall,” says Gordon. “East of the Rocky Mountains, ragweed is the predominant cause of outdoor fall allergy symptoms.” Ragweed can be found growing in vacant lots, along the road, and in open fields. “In areas with colder temperatures, the first frost usually occurs at about the time ragweed pollination ends. In Southern regions, ragweed may pollinate through the winter,” notes Gordon.

In various parts of the country, goldenrod, curly dock, lamb’s quarters, pigweed, sheep sorrel, and sagebrush can all cause fall allergies. “Goldenrod blooms at the same time that ragweed does, but it is insect-pollinated

[as opposed to wind-pollinated] and is not a significant allergen for most individuals,” Gordon says. “The bright goldenrod flower, however, does alert everyone that the more inconspicuous ragweed is also blooming.”

Outdoor molds are another cause of fall allergies. They first appear in early spring, but thrive until the first frost. They are common in soil, compost piles, and in the leaves that cover the ground during the fall. “In temperate climates, mold spores form a distinct fall season in mid to late fall, after ragweed season is over. Mold spores are common airborne allergens. They are light, very small, and easily inhaled into the lungs. Spores rise high in the atmosphere during the warming of the day, falling back to the ground with the cool of evening,” says Gordon.

If you have fall allergies, you should be extra cautious on windy days and in the morning. “Wind-pollinated plants such as ragweed have specialized male flowers that produce huge amounts of buoyant pollen, easily released into the wind. Pollen is most often released in the mornings,” Gordon says, cautioning that people who are allergic to pollen have strong sensitivities in the morning.

Here are some other precautions you can take:
• Use a face mask when you are outside, especially between 5 and 10 a.m. and on windy days.
• Remove pollen from your skin and hair by showering frequently.
• Keep your windows closed and turn on the air conditioner.
• Dry your clothes inside in the dryer instead of hanging clothes outside.
• Have decaying leaves removed from your yard and gutters.
• If you rake leaves in the fall, wear a face mask.
• When you first turn on your car air conditioner, leave your windows open and avoid breathing the air for several minutes until mold spores can disperse.

If your symptoms of sneezing, runny nose, or itchy and watery eyes get worse in the fall, you probably have an outdoor fall allergy. Eighty percent of people with seasonal allergies complain about these symptoms as well as problems with sleeping, being tired, having poor concentration, and decreased productivity at school or work.
But treatment is available. Many [people] can be helped with modern medical treatments as well as chiropractic, if they would only complain to their doctors and get tested to detect possible allergies.